Before Bride of Frank

The legal opening time for a bar in Jersey City is 6:00 a.m weekdays. The Tunnel Bar – just outside the Holland Tunnel – opened at 5:30 in the morning. Since in 1977 the railroad workers started at 6:00 a.m., the door had to open illegally-early to catch that wave.

Once the last of the railroad crew tucked the final half-pint of Seagram 7 into a back pocket, I’d start cleaning the glasses. Just as that chore was finishing up, the Hudson Refrigeration – a frozen food warehouse just across the street – workers would start rolling in: Ondy, Smitty, Hart, Goodhart, Gagen, Stash, and the rest. The Hudson Refrigeration guys were good customers for lunch and after-work, but didn’t drink at all in the morning. Before work, they’d sit around watching TV, reading the paper, and chewing the fat. I always figgered it to be a form of group therapy before being forced to spend the day in a freezer.

After the Hudson Refrigeration bunch filed out to go across the street and punch the time-clock, Meyer would lope in and plunk down a nickel and a dime on the bar and loudly demand, “CEEgar,” while pointing to a box of Phillies next to the racked bags of potato chips behind the bar.

Since he didn’t say anything else, it was months before I realized that he was crazy.

One quiet afternoon, the bar was empty. I was reading the Daily News. Meyer rushed in and ran up to me. Waving his arms he began to jump up and down and to scream.

Rolling up the paper, I ran over to the pay phone and dialed 911.

I asked Meyer, “What did you do, take pills?”

After a couple of months of tending bar in a dive tavern, I’d become somewhat of an expert on bleeding. The common, everyday punch to the nose or fall to the sidewalk resulted in splatters of red mess that you woulda thought required a Jack-the-Ripper.

Meyer was wearing a white shirt and beige polyester slacks. Not a stain on them.

Hanging up the phone, “Let me see your wrists.”

Meyer held his arms out for me to observe. One showed what could pass for a somewhat half-hearted attempt at a mosquito bite. The other didn’t have a mark on it at all.

I started slapping Meyer across the face and head with the rolled up newspaper.

“You silly sonuvabitch. If the police came here, they woulda locked me up!”

Meyer ran out the door.

I didn’t learn my lesson.

About six months later, Meyer disappeared for a couple of days. When he showed back up, he said that he had a heart attack and wound up in the hospital. He gave me a scrap of paper with a phone number on it and asked me to call the hospital to find out when was his next appointment. I went over to the pay phone.

“Hello. I’m calling for Mr. Meyer. When is his next appointment?”

A long wait ensued. I was just thinking that I’d need to put in another nickel when someone came back on the line.

“You tell that nut that if he ever comes around here again, we’re going to have him locked up!”

Then she hung up.

Meyer was fascinated with another wino named Jimmy Bospers. Jimmy Bospers had been a sparring partner of renowned Hudson County boxer, Frankie DePaula – before DePaula was rubbed out anyhow.

Meyer followed Jimmy Bospers around like a duckling swimming in the pond after mom.

Jimmy Bospers agreed to oblige, on the condition that Meyer didn’t tell the other winos.

Immediately after the rendezvous in the weeds, Meyer ran under the bridge where the other winos were drinking.

A little while later, attempting the nonchalant, Jimmy Bospers returned under the bridge. Meyer was sitting there smiling beatifically like a bride in a painting of a Medieval wedding. All the other winos began to hoot and holler at Jimmy Bospers.

Jimmy Bospers ran up to Meyer and delivered a solid right to the jaw. Meyer went flying off of the milk crate and then skidded along the ground.

Meyer quickly got up and started climbing the steel girders that supported the railroad bridge overhead. He kept going until he got to the top – maybe fourteen feet from the ground.

Observing the strange scene, some guy who happened to be in the neighborhood looking for work ran into the bar and called the police.

A motorcycle cop arrived. His face appeared to be glowing red in the summer dusk; he’d had more to drink that day than any of the winos.

The motorcycle cop set the big Harley on its kickstand in the middle of the intersection. The bike’s front wheel pointed towards the northwest corner and a little emergency light flashed red.

The motorcycle cop attempted to defuse the situation.

“What happened? Have a fight with your wife? Come on down. You’ll laugh about this in the morning.”

“What happened? Didja get fired? Come on now. Get down here, I’ll buy you a drink.”

Trying to keep a clear view of Meyer, the motorcycle cop was staring up while maneuvering about the intersection.

All of a sudden a straight job came flying around the corner. The truck swerved to miss running over the police officer and his motorcycle in the middle of the street. As it was, to avoid getting clipped, the cop was forced to jerk his protruding posterior forward rather violently.

The cop’s face began to glow red with an even greater intensity than before.

The motorcycle cop drew his gun and aimed it at Meyer.

“YOU SILLY SUNUVABITCH! IF YOU DON’T COME DOWN OFF THERE RIGHT NOW, I’M GOING TO SHOOT YOU DOWN!”

Meyer grabbed a girder and started hugging it for dear life.

An ambulance crew came with a net and hauled Meyer away to the nuthouse.

Meyer spent maybe six months in the happy farm. He came out with a “Food Handler” certificate. (Presumably this meant that he now knew that he was supposed to wash his hands after using the toilet.) The state of New Jersey got him a room and a job at the Chase Manhattan cafeteria in New York City.

This setup didn’t last too long.

Soon Meyer started bouncing down on weekends for a few drinks under the railroad bridge with the wino crew. After a couple of weeks, the “weekend” started starting on Thursday afternoon and ending on Tuesday morning. Since this did not set too well with the bank, Meyer no longer had a friend at Chase Manhattan. Bereft of funds, he also no longer had any friends amongst the winos under the bridge.

With the approach of winter, George K, the owner of a local trucking outfit, offered a helping hand. George let Meyer sleep in the office, which was a lot more comfortable than the cold concrete under the railroad bridge. Meyer worked as a helper on the trucks. This only paid meals and a few dollars a day. It didn’t matter, because whenever he had any cash to speak of, Meyer would get dead drunk. His wino “buddies” then took all his money. The arrangement at the trucking outfit suited Meyer just fine.

Meyer was to become the victim of a horrible crime.

Before Newport Centre was built, the Hudson River waterfront in Jersey City was pockmarked by a series of abandoned warehouses and railroad yards. One of the most prominent of the ruins was the old Sioux Pork warehouse, just south of the Holland Tunnel.

I was walking on Henderson Street towards the Holland Tunnel, along the perimeter of an empty lot that originally was the parking lot for the Sioux Pork warehouse. Sheets of corrugated metal were tacked up as a fence.

I heard a funny sort of sobbing noise. I thought that perhaps a box of puppies had been left in the weeds. Seeing that one of the sheets of corrugated metals had rusted free from its wooden frame and was now rattling in the wind, I squeezed through.

Looking around, I didn’t see anything but dead weeds. I then thought that perhaps the sound was coming from the center of football stadium-sized lot. There I saw what I took to be a discarded mannequin.

At that point everything took on a sharp, electric focus, as if in a dream. Without remembering walking there, all at once I was staring at the strange object. Suddenly I realized that the figure was a human being. The limbs were twisted into absurd shapes with jagged edges of broken bones sticking through torn and burnt rags of clothing. I stared at the dark face of what I took to be a deceased African-American.

I almost fainted; it was Meyer. Meyer was Caucasian. His skin was burnt black.

I looked up at the abandoned warehouse. I thought that a gang must have beaten Meyer. I imagined them inside the dilapidated building, staring out the gaping holes that once were windows, watching my every move.

Getting to Henderson Street, I called the police from a pay phone. I then ran up onto a railroad embankment and hid in the weeds while waiting for the police.

An unmarked police car skidded to stop. I ran down and led the detective to Meyer. The officer drew his revolver and took out a walkie-talkie.

“Go back to the car and tell the other police where I am.”

I ran out to the street. A couple of regular police cars arrived. I guided the uniformed police through the loose piece of corrugated metal and pointed to the detective and Meyer.

Later on, detectives came to the bar and spoke with my father. Meyer had been in the Sioux Pork warehouse drinking with a homeless man named Kenny. On some pretext, Kenny tricked Meyer into standing over an open elevator shaft – from the second or third floor. Kenny then pushed Meyer into the shaft. After that, Kenny set fire to the debris littering the pit at the base of the shaft and watched Meyer burn.

Kenny left figgering that Meyer was either dead or would die soon.

Somehow or other, despite the broken bones, Meyer managed to crawl out of the warehouse.

Kenny was an escapee from a mental institution. He’d been in the neighborhood all summer doing painting and other odd jobs. Police cars must have gone right past him many times a day. Soon Kenny was arrested for the attempted murder of Meyer.

Meyer was out of the hospital in a couple of months seemingly as good as new. The only mementos of his mishap were some really gruesome scars on his back.

Meyer went back to working at George K’s trucking outfit. 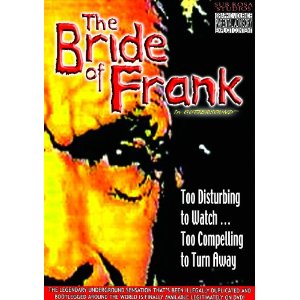