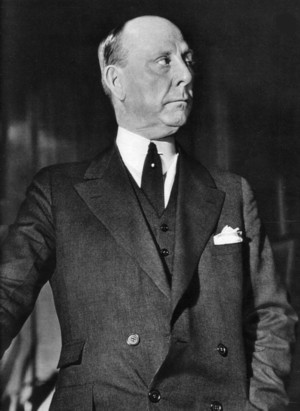 During the long, hard, haul of 1931, a quarter was a lot of money. Twenty-five cents was a real big deal back then. With a dime you bought a ticket to the Saturday matinee at the movies. The show ran from 10 o’clock in the morning until 3 in the afternoon: cartoons, newsreels, serials, the feature film, and door prizes! On the way to the theatre, one store had two hot dogs for a nickel. A few doors down, another store sold two big candy bars for five cents. For the same price, just down the block, yet another store gave you two sodas. It all added up to a Depression-era kid’s vision of heaven.

Sadly, usually there wasn’t any way to scrape together a quarter. A family that just barely managed to stay housed, clothed, and fed considered themselves well off.

But this morning was different! On Christmas day during the Depression, Mayor Frank Hague handed out a quarter to every child that lined up across the street from City Hall in Jersey City. All a kid had to do to get the money was to wake up early . . . and stand in line.

Big Boy really wasn’t. He was a skinny nine-year old – and small for his age. His dad, a Polish immigrant, had been out of work for a couple of years now. Most every morning, Big Boy started the day by stealing a bottle of milk off of somebody’s stoop and a bag of rolls from in front of a store. But he didn’t have to do that today. For Christmas, his family managed to collect enough food for a couple of normal meals. Plus, he had to get down to City Hall early for his quarter.

Big Boy ran out of the apartment with his hat and gloves still under his arm, putting a coat on at the same time as he rushed down the stairs. He stopped at the vestibule door to put on the hat and gloves and then hurried outside. He walked slowly for two blocks, taking care because the streets were covered with ice. But as soon as he came to Newark Avenue, where the shopkeepers had sprinkled coal cinders on the well-shoveled sidewalks, Big Boy again started to run.

Four o’clock in the morning, Christmas day, all the stores were closed.

Continuing up Grove Street, Big Boy saw that there already was something of a crowd, even though dawn was still over an hour away. The kids, though varying somewhat in height, were nearly indistinguishable. All were thin with patched, hand-me-down coats and hats pulled over their ears. One here had a new pair of gloves, one there had a new hat, for, after all, it was Christmas day. But, besides the scattering of rule-proving exceptions, it was if the crowd was made up of members of some children’s army that had clad them in uniforms meted out by a supply sergeant.

Several hours went by in the bitter cold. As the sun rose and the sky turned gray, to some slight degree the freezing wind began to be almost bearable.

Reporters and cameramen started to arrive. Church bells again were ringing. One, two, three, four, five, six, seven. Big Boy looked behind him. A line of boys stretched around the block.

Just then, two police cars pulled up – followed by a black limousine and two more police cars. One of the higher-ranking police officers rushed to open the car’s door. Jersey City Mayor Frank Hague got out, immediately putting on his fedora. Mayor Hague briskly walked over to the first child. The entire line straightened into nearly military precision.

“Merry Christmas, here you are.”

And the young boy ran off. With a similar salutation, Frank Hague quickly handed a coin to the next in line.

As soon as Big Boy thanked the Mayor for the quarter, the child thought up a scheme. He ran down the block, from which a line of kids stretched, turned at the corner, and ran along that entire street, the line still there. He turned at the next corner. The end of the line was towards the middle of that block. Big Boy got back in line.

Several hours later, he again stood in front of Frank Hague. Instead of the immediate “Merry Christmas,” followed by the quarter, Mayor Hague first paused for a moment.

What to others would only have been a sea of faces, to Frank Hague each and every one was an individual – a son of two voters, perhaps the grandson of four voters, a voter himself in a couple of years. One skinny kid was clever enough that cold Christmas morning to get an extra quarter. But, Mayor Hague let the child know that he wasn’t smart enough to fool Frank Hague.

Anthony Olszewski has written on a wide variety of topics: cage birds, tropical fish, popular culture, the poetry of Amiri Baraka and a chapter on genetics for a veterinary text book, as a small sample. He worked as an editor at a magazine produced by TFH, the world's largest publisher of pet books. Anthony Olszewski is the author of a booklet on Hudson County history, Hudson County Facts, and a book of short stories, Second Thief, Best Thief, that are sold on Amazon. Anthony Olszewski established PETCRAFT.com in 1996. A pioneer on the Web, the Site continues to provide unique information on a range of companion animals, focusing on birds and fish. As a community service, he operates Jersey City Free Books. Anthony Olszewski was born in Jersey City, NJ (Margaret Hague Maternity Hospital, 1956) and is a member of Mensa.
View all posts by Anthony Olszewski →
This entry was posted in Uncategorized and tagged Big Boy. Bookmark the permalink.